You are here: Home / Human Interest / With your vote, Iowan could take Super Bowl game ball on the field 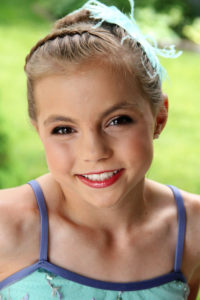 A seventh grader from Iowa could wind up on the field at next year’s Super Bowl.

Olivia Eckerman, a student at Waverly-Shell Rock Middle School, is heavily involved in the NFL’s “Fuel Up to Play 60” program and she’s one of three finalists for the honor of running onto the field before kickoff with the game ball.

“They had narrowed it down to 30, then eight and now three and now it goes to a public vote,” says Olivia’s mother, Sue Eckerman

Eckerman says her daughter has always been active and two years ago Olivia joined the “Fuel Up to Play 60” program at her school.

“It’s a very strong group at the Waverly-Shell Rock Middle School and they form committees and they make plans on how to offer taste tests to the student body, like various types of apples or zuccini brownies, black bean brownies. They have them taste different foods with healthy options in them and that’s really fun,” Sue Eckerman says. “They take field trips to dairy farms and a berry farm. They had a marathon kids club.”

The NFL’s Fuel Up to Play 60 program encourages healthy eating and at least 60 minutes of activity per day. Eckerman says going to the Super Bowl would be a dream come true for her daughter.

For Eckerman to get to the Super Bowl field, though, she needs to finish first in a round of online voting.  Here’s the website where you may vote once per day through December 5th.

If Eckerman wins, she’ll get to Minneapolis a week early to participate in a number of activities before the Super Bowl kicks off on February 4th.