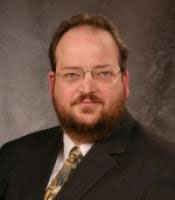 A special investigation by the State Auditor finds a university of Iowa professor took thousands of dollars that should have gone to the school and misused a university procurement card.

“Our investigation identified over $55,000 dollars of improper disbursements and over $44,000 of undeposited registration fees — for a total impact to the university of $99,805.67,” Mosiman says.

Mosiman says there were a couple of issues with the way the money was handled. “The undeposited fees — which totaled $44,161 — were diverted to a bank account owned Scientific Conferences, which is a business created by Flatte to administer conference registrations and expenses,” Mosiman explains. “And the improper disbursements were for conference fees paid by the university for three conferences which were not approved as university sponsored.”

Flatte was also the Director of the Optical Science Technology Center in Physics and Astronomy Department at the U-I until April. The audit found improper use of university procurement cards to make purchases electronic equipment. “These expenditures were for robots to teach classes, supervise assistants and attend meetings while Flatte was out of the country or attending conferences,” according to Mosiman. “And because university staff have access to web-based programs and equipment, this $8,440 in expenditures was not necessary.”

Mosiman says Flatte filled out a conflict of interest disclosure and listed several items, but he did not disclose the Scientific Conferences business.

She says that led to a duplication of services and the university should have been handling the registration of the conferences and collecting the fees. The audit makes several recommendations to the university on handling conflicts of interest and travel procedures.

University spokesperson Jeneane Beck released a statement on the investigation saying ” The university has taken appropriate action to protect the interests of the university and is reviewing possible disciplinary measures. Individual personnel actions are considered confidential matters.” Beck also says the school is reviewing each recommendations made by the State Auditor individually.