You are here: Home / Agriculture / Beekeeping, it’s a honey of a hobby 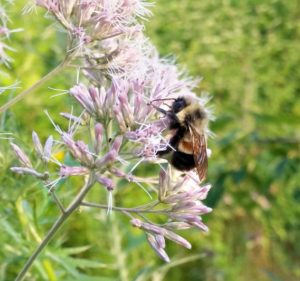 Iowans who might be considering taking up beekeeping in the new year will have plenty of opportunities to learn what all the buzz is about.

A record number of 36 courses will be held across Iowa during 2018 for both the beginner and advanced beekeeper.

Dustin Vande Hoef, spokesman for the state Department of Agriculture, says the courses are very informative.

“These are often put on by local extension officers or community colleges and led at the local level but working with our state apiarist,” Vande Hoef says. “We’ve collected them so folks can get a sense of where all the classes are and if they’re interested, I encourage them to look into them and consider signing up.”

Most of the classes charge a fee, from $35 to $100, though some are free and several are starting in January.

There are now about 4,500 beekeepers in Iowa who manage more than 45,000 colonies of honey bees.

“We continue to see interest both at the hobbyist beekeeper level where they have a hive or a handful of hives that they keep and use the honey and give it to their friends as gifts,” Vande Hoef says, “but we also are seeing growth in the commercial size where they’ll have hundreds or maybe thousands of colonies where they’ll hire those out to go pollinate crops.”

Iowa honey bees produce about four-million pounds of honey every year, valued at over $8-million dollars. Meanwhile, the economic value of honey bees as crop pollinators in Iowa is estimated at $92 million annually.

Find details about the classes at the website: www.abuzzaboutbees.com