You are here: Home / News / State’s medical marijuana program cost could be as high as $1 million 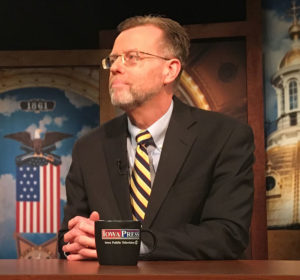 State public health officials are trying to find out why eight medical marijuana manufacturers did not apply to be the supplier in Iowa.

“Part of our application process asked for companies, organizations to file with us a notice-of-intent-to-apply, so we had an early indiciation about who and how many applications we might receive,” Clabaugh says. “And in that part of the process, we received nine letters.”

But of the nine, MedPharm Iowa was the only company that completed the process and applied for a license.

“We certainly were disappointed with that because we know the law allows up to two and we think there is some benefit to having multiple manufacturers,” Clabaugh says. “After the process was complete, we went back and we informally asked some of the companies that submitted letters, but didn’t apply why that was.”

Clabaugh says they offered “a variety of reasons” — including sticker shock. Companies can expect to pay up to $200,000 in state fees to grow marijuana and then make cannabis oil.

This spring, state officials will grant licenses to distributors. The first prescriptions for medical marijuana are to be filled in Iowa by next December 1st. 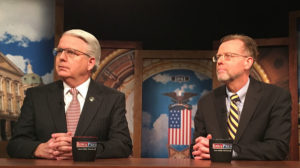 Representative John Forbes, a Democrat from Urbandale, is a pharmacist. He says some estimates indicate it could cost the state as much as a million dollars to oversee the program.

“One of things we want to try to avoid doing is pricing ourselves out of the market by overburdening the companies that are going to get into this business by a bunch of fees because when we do that, they’re going to have to pass those costs back on to consumers who are going to purchase medical cannabis here in the state,” Forbes says.

Forbes and Clabaugh made their comments during an appearance on Iowa Public Television’s “Iowa Press” program.