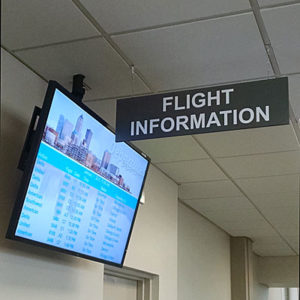 The state’s busiest airport has opened four new restaurants and a gift shop at a cost of nearly two million dollars.

“So even as we plan for Iowa’s future with a new terminal to support our growing population and economy, we’re committed to ongoing improvements to our existing facilities here,” according to Ward.

Airport officials hope to begin construction on a new terminal in 2026, after delays from underfunding. Ward says the improvements will generate additional revenue needed to fund the current and new airport facilities. Airport Executive Director Kevin Foley says the money invested now should come back to them quickly.

“The return on investment on these facilities we anticipate will be made fairly quickly. It won’t slow the plans for the new terminal,” Foley says. “But again, it’s about passenger satisfaction, and providing them the best travel experience that we possibly can.”

Current airport upgrades like new runways and 14-gate terminal will be located on the eastern end of the existing airfield.

(Thanks to Iowa Public Radio)