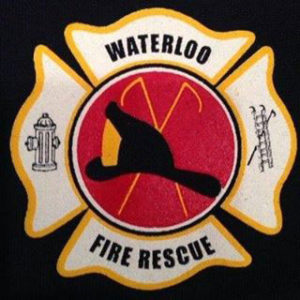 A fire broke out at the John Deere Engine Works plant in Waterloo this morning. Battalion Chief Mike Moore of Waterloo Fire Rescue says they were called to the facility just before 6 a.m.

“They had three boilers, one of which had a stack that went through the roof and in past years, they had added another roof layer and they used wood to surround that stack. Over the years, that stack dried up and it caught fire,” Moore said.

Around 600 people work at the John Deere Engine Works plant. No one was injured. Moore said the fire, initially, was difficult to reach. “It just took us a while to dig through the ceiling or roof layer to get to where the smoldering was taking place,” Moore said. “Then it was pretty easily extinguished.” According to Moore, the soldering fire created a lot of smoke that filled the plant and forced the evacuation of workers. “Once we got the fire extinguished and under control, they turned on the ventilation system and they were right back to work,” Moore said.

The fire was contained to the roof of the plant. Firefighters were at the scene for about 90 minutes, but Moore says employees were allowed to return to work about an hour after the fire broke out.