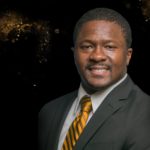 Derrick Foster has been added to the Iowa football staff as its 10th assistant coach.

“Derrick is an outstanding person and has built an impressive resume with experience at multiple levels of college football,” said Iowa coach Kirk Ferentz. “He has an impressive record of success on the recruiting trail that will strengthen and expand our existing efforts.”

Foster’s hiring comes as a result of the NCAA allowing FBS programs to add a 10th fulltime assistant. Foster will coach on the offensive side of the ball, allowing LeVar Woods to spend more attention to special teams. Specific coaching assignments will be announced later.