You are here: Home / News / Legislators to examine operations of state’s fiber optic network, may sell it 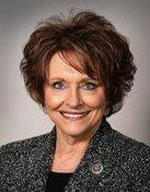 The Government Oversight Committee in the Iowa House will ask a group of paid state commissioners why they missed the alleged misuse of tax dollars by the now-fired director of the Iowa Communications Network. House Speaker Linda Upmeyer, a Republican from Clear Lake, says it’s a disappointing situation.

“Any commission like the commission that is in place has a fiduciary responsibility and I’m disappointed that somebody wasn’t looking through those budgets…line by line,” Upmeyer says. “…On occasion, you have to do that.”

The Iowa Communications Network is a state-owned system that provides high-speed voice, video and data service for state government, schools and some hospitals. An audit released last week indicated nearly $380,000 was misspent at the network, equipment was delivered to the now-fired director’s home in Marion and he hired people he knew who had no experience for jobs at the network. The five-member commission — each paid between $14,000 and $20,000 a year — will be called to testify before the House Oversight Committee.

“I have no doubt that other commissioners on other boards throughout the state are going to be looking closer at budgets as they move forward,” Upmeyer says. “It certainly is a wake up call for all of them because there is a responsibility when you agree to sit on one of those boards.”

And Upmeyer says selling the Iowa Communications Network is also on the table. The fiber optic lines were buried in the 1990s. Upmeyer says it may be time for the state to get as much as possible from selling the fiber, although she cautions private sector networks are likely newer and faster.