A bid to expand the state’s bottle deposit law has the support of 41 members of the Iowa House. Representative Andy McKean, a Republican from Anamosa, is leading the bid to have the nickle deposit applied to bottled water, fruit juice, tea and sports drinks.

“This is not a Republican bill. It’s not a Democrat bill. It’s an Iowa bill and I’m very proud we have a large contingent from both parties working to make the ‘Bottle Bill’ even better,” McKean said during a statehouse news conference.

Under the state’s 40-year-old “Bottle Bill” consumers pay a 5-cent deposit on each container of soft drinks, beer and wine they buy — and they can return the empties and get their deposits back. Grocers complain about having filthy empties in their stores. 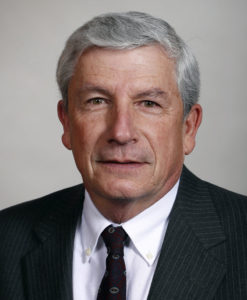 The bill McKean’s touting needs at least 10 more supporters before it could pass the House. The legislation would increase the handling fee for recyclers, to make it more profitable to operate a redemption center for bottles and cans.

“I’ve been to the grocery stores in my district and they’ve shown me first hand what’s involved in trying to take care of all these cans and bottles and I think it would be a great thing if the redemption centers around our state began to be the depository for these items,” McKean said.

Representative Chuck Isenhart, a Democrat from Dubuque, is hoping this approach goes farther than a stalled bid last year that would have repealed the ‘Bottle Bill’ rather than expand it.

“While it’s not necessarily the most monumental issue we face as a legislature, it’s a good model of what you can do in putting together a bipartisan bill if you start working together early,” Isenhart said during the news conference.

It’s unclear what will happen to the “Bottle Bill” in the legislature this year — if anything. Several efforts over the past few decades to alter the bill have failed.