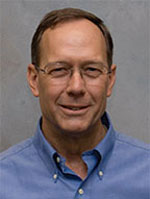 After two major livestock diseases ravaged Iowa’s poultry and hog industries in recent years, state and federal officials are asking farmers to prepare for future outbreaks, even for viruses not yet found in North America.

Three illnesses they’re most worried about wouldn’t sicken humans but could shut down meat exports, which Iowa producers depend on. Iowa State University veterinarian Jim Roth says farmers need to alert their vets as soon as animals get sick. He says early confirmation of a foreign, highly-contagious disease will be key.

Roth says, “If we’re going to get it controlled, we have to do it in the first very few weeks to get it under control before it gets away from us.” Officials have developed multi-step plans for farmers, veterinarians and government officials to prepare for and respond to a foreign animal disease.

Foot and mouth disease, African swine fever and classical swine fever would not infect humans nor damage the food supply, but any of them could quickly spread through herds, causing massive economic impacts. While they keep an eye on where the diseases are in the world, Roth says there’s no way to know how a virus will get here.

“It could come with people bringing in prohibited items, especially meat or meat products,” Roth says. “It could come from animals coming in or just trade. All of those containers that come in from all over the world could potentially be contaminated.”

Roth says feed was implicated but never confirmed as the source of the porcine epidemic diarrhea virus several years ago. That one wasn’t as serious because it didn’t shut down export markets, but if one of these other diseases arrives, farmers could immediately see their overseas sales disappear. Roth recently presented a Secure Pork Supply Plan, developed over several years, to producers at the Iowa Pork Congress in Des Moines.

(Thanks to Amy Mayer, Iowa Public Radio/Photo courtesy of ISU)