You are here: Home / Agriculture / U.S. Ag Secretary says connecting rural America is a priority in next Farm Bill 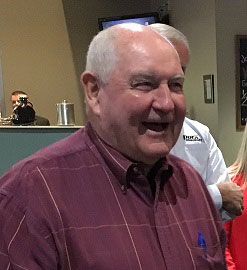 A recent report shows ten-percent of all Americans lack access to high-speed internet service, but 39-percent of rural Americans lack that same access. Iowa is the nation’s 38th most-connected state, according to the study from BroadbandNow.com.

U.S. Ag Secretary Sonny Perdue says one of his priorities in the 2018 Farm Bill is connecting America through better rural broadband coverage. Perdue says, “We want to take the federal spending, that, along with state and local spending as well as the private sector, and focus them strategically like a laser in how we go across this country with a multi-year plan of becoming ubiquitous with broadband coverage across the country.”

Backers say broadband provides access to a range of resources, services and products, including: Telehealth & telemedicine, economic development, public safety, education and entertainment. Perdue says he wants the U.S.D.A. to help spearhead the effort in getting broadband coverage to even the most remote parts of the country.

“We think we can be a facilitator to get this done,” Perdue says. “We will continue to push because I think it’s that important for rural America. If you’re really talking about the quality of life for rural America, then broadband has to be a part of that.” The Broadband Now report shows 21 percent of Iowans are underserved by their internet provider.