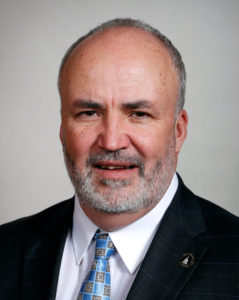 A northwest Iowa legislator says about 15 percent of Iowa school districts do not have plans for dealing with an “active shooter” situation.

Carlin wants that to change. Carlin was the manager of a bill last year in the House, when he was a state representative, that would have required Iowa schools to establish security plans. It didn’t become law.

“There was some reluctance to add another mandate on schools, but the concern I had — and I think it’s a valid concern — is that rural schools do not have law enforcement assets within minutes of the locations of schools,” Carlin said during an interview this morning. “I also found out through some inquiry that not all of our schools have a protocol for active shooters.”

Carlin is now a state senator and today, the Senate Education Committee unanimously approved the proposal. Carlin said he saw all sorts of “red flags” as he read about yesterday’s mass shooting at a Florida school.

“I think we’re now in a day where we can’t ignore those red flags and we have to prepare for those situations in a more concrete way,” Carlin said.

Some Iowa schools have installed systems so a building or even portions of a facility may be locked down in seconds. Carlin said not every school district has that kind of money. His bill merely calls for school officials to give some thought to how they could respond if shooting starts at their school.

“You want them to coordinate a real plan and not just have something that gets thrown in the books and forgotten about,” Carlin said. “You want them to have a plan with law enforcement and maybe practice it because when you’re confronted with something like this, if you don’t have a plan, terrible things are going to happen.”

According to Carlin, the Iowa Department of Education already has materials that can help districts who lack a plan develop one.