You are here: Home / Agriculture / Report examines impact of irrigation in farming on weather changes 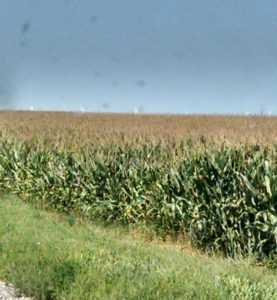 The quantity of corn and soybeans grown in the Midwest and the amount of greenhouse gas emissions have radically changed in the past century.

A new report compares how the two impact climate change. Summers in the Corn Belt have had more rainfall and higher humidity, but a small decrease in temperature. Researchers at MIT looked at whether greenhouse gas emissions or more intensive farming played the bigger role in those changes. Ross Alter is the lead author of the study.

Alter says, “We provided very strong evidence that agricultural intensification is a stronger forcing of these observed changes than greenhouse gas emissions were.” More plants taking up water ultimately means more moisture in the air, increasing rain and moderating temperatures.

Iowa State University agronomist Rick Cruse says irrigation specifically, not just crop expansion, may be the real culprit. Cruse says, “This study suggests that there’s evidence that we ought to be considering agricultural impacts, especially in areas that are having a new or a major or significant, different form of crop cover, or water irrigation occurring.” Cruse says that’s because irrigation and the overall amount of water in the region affects plant activity that ultimately drives the changes.

The research also indicates agriculture may have masked potential increases in temperature that the greenhouse gas emissions alone might have caused. Cruse, the director of the Iowa Water Center, was not involved with the research but has worked with climate scientists.