You are here: Home / Health / Medicine / Even the Tooth Fairy is feeling the economic bite 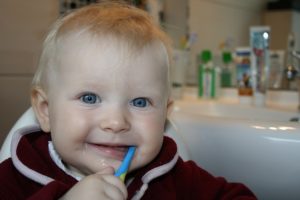 A whimsical survey about how much money the Tooth Fairy leaves under pillows actually has a good track record with mirroring the real-world stock market’s S&P 500 index.

Dr. Jeff Chaffin, a dentist and the dental director of Delta Dental of Iowa, says the latest survey finds the Tooth Fairy has tightened her money bag after an all-time high payout in 2016.

“In the Midwest we’re seeing a little over $4, or $4.37 left per tooth by the Tooth Fairy,” Chaffin says. “It’s dropped a little bit and we’re a little lower than other areas. The western section of the U.S. tends to be the highest.”

That $4.37 figure is the average payout for the all-important first tooth while remaining teeth drop to an average of $3.44 per tooth, or about 20% below the national average.

Over time, the Tooth Fairy Index shows that the value of a lost tooth is closely related to the nation’s economy.

“Traditionally, the reimbursement, if we call it reimbursement by the Tooth Fairy, has fallen in line with the S&P,” Chaffin says. “During good economic times, it seems like the Tooth Fairy leaves more money. This year it didn’t exactly track with that, but that’s been the trend over time.”

For 12 of the past 14 years, the trend in average Tooth Fairy giving has tracked with the movement of the S&P 500. While the money’s nice when you’re a kid, Chaffin reminds what’s more important is the condition of the teeth.

“We hope those teeth are nice, healthy teeth when they fall out and we hope the teeth actually fall out as opposed to having had dental disease and having to be extracted,” Chaffin says. “These teeth naturally falling out are part of the natural process and we like to reward those good, healthy behaviors.”

There’s a clear tie, he says, between oral health and overall health. Chaffin says teaching good daily dental habits early could save the child from many dental and health issues later in life.