You are here: Home / Sports / Graceland wins NAIA title at the buzzer 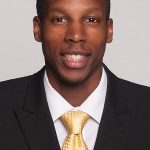 It was a fitting ending during the month of March. Justin Harley’s three pointer at the buzzer in overtime lifted Graceland to the NAIA Division I championship with an 83-80 win over LSU-Alexandria in Kansas City. A pass from tournament MVP LT Davis set up the winning shot.

“We needed to hold the ball until the last second to get the best shot possible”, said Harley. If we miss we go to double overtime and if we make it we win. The ball came to me and I put up a shot and went in.”

Will Nelson scored a team-high and career-best 30 points to lead the Yellowjackets. The junior forward ended the game 12-for-21 from the field, including a 4-of-5 effort from long range. He also added 12 rebounds, one shy of tying a season-high.

Graceland is the first team from the state of Iowa to win the national championship in the event’s 81-year history.