Two eastern Iowa women were honored this week with “Uncommon Public Service” awards named in honor of Herbert Hoover, the only native Iowan to be elected president. Each year two state legislators are honored, one in the House and one in the Senate.

Pam Jochum of Dubuque is this year’s winner in the senate. “Thank you so much,” Jochum said after the surprise announcement. “Actually, I teared up over this.” Jochum, who is 63, is in the midst of her 26th year as a state legislator.

Jochum was first elected to the Iowa House in 1992. She’s been a member of the Iowa Senate for a decade. Jochum says her primary source of inspiration comes from her daughter. “I’ve mentioned many times that Sarah has a disability and I think that she helped me find a very public voice to speak as strongly as I can for those who often do not have one in our society,” Jochum said. “…It does remind me of one thing President Hoover said and this is: ‘Our children are our most valuable natural resource.'” 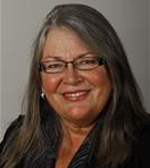 Representative Dawn Pettengill of Mount Auburn is the 2018 “Hoover Award” winner in the Iowa House. “It’s really been the privilege of my life to be here and serve with so many wonderful people that care about others and doing good things,” Pettengill said. “I’m no different than anybody else, but I’m very honored to have this award.”

Pettengill, who is 63 years old, was elected to the Iowa House in 2006. After seven terms as a state representative, she is not seeking reelection this fall.

Like Jochum, Pettengill had no idea she was receiving the award. She was summoned onto the House floor by Speaker Linda Upmeyer. “I’m so surprised I don’t know what to say. I really thought I was going to the woodshed with Upmeyer,” Pettengill said, with a laugh. “Thank you everybody.”

Photos of Pettengill and Jochum will be posted on the wall of “uncommon Iowans” at the Herbert Hoover Presidential Library in West Branch.