You are here: Home / Fires/Accidents/Disasters / Bodies of Creston family returning to Iowa as investigation in Mexico continues 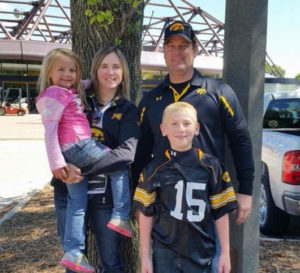 The bodies of a southwest Iowa family are set to be brought home Wednesday, after they were discovered last week in Mexico.

Mexican authorities said Saturday, autopsies conducted on a family of four from Creston determined their deaths were due to inhalation of toxic gas at their rented condo on Mexico’s Caribbean coast, but there was no sign of foul play or suicide in connection with the deaths of 41-year-old Kevin Sharp, his 38-year-old wife, Amy, and their children 12-year-old Sterling, and 7-year-old Adrianna.

The type of gas hadn’t yet been determined, but investigators stressed there was no evidence of any violent act or suicide. Photos of the scene showed investigators in anti-contamination suits and firefighters with air tanks examining gas connections to a stove in the condo in Tulum. The office said investigators “carried out a physical investigation of the gas connections in the room,” and the civil defense office of Tulum would issue a technical report on the findings.

The Sharp family was reported missing by relatives about a week after they left for vacation, when efforts to contact them failed, and the family did not return home as scheduled. Mexican authorities say the family had been dead for between 36 and 48 hours by the time they were found Friday.