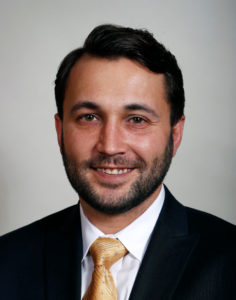 The Iowa House has unanimously passed a bill designed to shield “whistleblowers” in state government from retaliation if they go to the state auditor with complaints.

“It’s a short and simple bill, but it is very good public policy,” says Representative Bobby Kaufmann, a Republican from Wilton.

Kaufmann is chairman of the House Government Oversight Committee. The panel held three hearings this year to review activity at the Iowa Communications Network. Network employees went to the governor’s office last summer to report concerns about the agency’s manage. The state auditor’s office investigated and discovered the network’s manager went on a vacation to Belize at state expense, tried to sell state-owned property on eBay and hired unqualified cronies who got huge raises.

The bill would make it clear the name of any whistleblower employed in state government may be kept confidential in investigations by the state auditor. The names of other witnesses interviewed by auditors could be kept secret, too. Kaufmann says his panel took a bipartisan approach to addressing concerns raised by mismanagement of tens of thousands of dollars in the Iowa Communications Network.

“We partnered together to find and seek ways to make government better, so that a situation like this might not happen again,” Kaufman said. “I’m not saying we’ve totally closed that option from every happening, but I think this bill puts us a lot closer to being there.”

The bill specifies that managers in state government are not to cut pay, demote or fire employees who disclose information to the state auditor.