You are here: Home / Crime / Courts / Sibley man who criticized city pleased with quick settlement in his favor 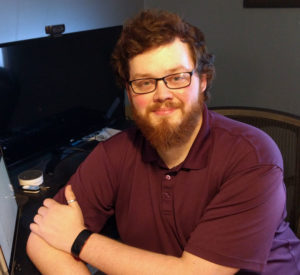 A Sibley man says he is pleased that he won his lawsuit against the city over his criticism on his website of their handling of smelly factory.

A federal court issued an injunction Thursday telling city leaders to stop violating web developer Josh Harms’ free speech rights by threatening to sue him. “I’m really happy that it’s over so quickly — I think it was 20 days total before we reached a settlement,” Harms says. He says the quick results are an indication the City of Sibley had not legal standing.

“Yeah, I think so. I think it just goes to show maybe how blatant this threat I received was,” according to Harms. Harms created the website “Should You Move to Sibley, Iowa?. ” It is critical of the way the city has handled odors created by the Iowa Drying and Processing company. He lived close to the plant and says the smell was like “rancid dog food.” Harms says the issue was the smell — not the town itself.

“I was born here, I grew up here, I went to school here and we bought our first house here last year — so I really liked living here. And I created this website not only because I wanted to improve my life, but my family’s,” Harms says. Under the settlement the city was ordered train its staff on the First Amendment and had to pay $20,000 to the ACLU for legal expenses. Harms was also awarded $6,500 in damages.

“I am really satisfied. When I first made the agreement with the ACLU they told me you are probably not going to get any money in this,” he says, “I was fine with that. I was doing it because I didn’t want my First Amendment rights violated. Anything else was just a little nicety, but it wasn’t ever the goal.” Harms has this advice for others who have concerns they want to have heard.

“I would tell them I suppose to not to be afraid to speak up. We live in the United States so we are guaranteed the right to criticize government without the fear of repercussion,” Harms says. “And what the city did to me was violate that right.” As for the smell that started all this?