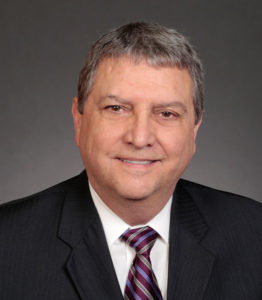 Democrats in the Iowa Senate have refused to allow the state official overseeing re-certification votes for public sector unions to keep his job.

Governor Kim Reynolds nominated Mike Cormack to serve another term as chairman of the Iowa Public Employment Relations Board, but Senate Democrats refused to vote to re-confirm him for the post in protest of the Republican-led effort last year to reduce collective bargaining rights to public sector workers.

“Mr. Cormack is nothing more than a casualty along the lines of the war you started,” Senator Tony Bisignano, a Democrat from Des Moines, told Republican senators .

“This battle’s continuing and I can’t think of a more worthy cause to take the sword up, to fight and die for, that representation by a union,” Bisignano said.

Senator Jason Schultz of Schleswig is the Republican who guided the collective bargaining bill through the senate a year ago.

“If (Cormack) is to be a casualty of the war that we started, that can be agreed to because Mr. Cormack has done nothing to lose this job,” Schultz said. “…He did his best in an incredibly difficult situation.”

Cormack put in a heroic effort” according to Schultz. Schultz also thanked Democrats for not attacking Cormack personally.

“He’s been a fantastic human being,” Schultz said. “…I thank you, again, for not running him through the mud on a personal level. It’s fair to bring up the policy implications.”

Cormack, a Republican, served four terms in the Iowa House representing his hometown of Fort Dodge. He’s a former a teacher and coach in the CAM School District in Anita. Cormack served as president of the local teachers union in the district.