You are here: Home / Crime / Courts / New charges now an option for having contraband in a halfway house 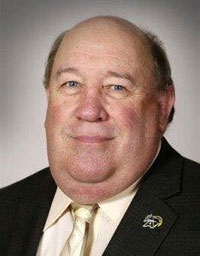 A new state law establishes felony charges for being caught with contraband in a halfway house.

“So in addition to parole revocation, it will be a separate charge with a separate sentence,” says Representative Gary Worthan, a Republican from Storm Lake.

It’s been illegal to bring drugs, alcohol or other contraband into a state prison, but Iowa’s Supreme Court recently ruled community-based correctional facilities were not technically part of the prison system. Worthan says a cell phone is considered contraband in a halfway house.

“You don’t want a smart phone being brought in when maybe there’s a sex offender next door that can use that cell phone to victimize someone,” Worthan says.

The case that prompted this new law involved a man caught in a Burlington halfway house with a partially smoked marijuana cigarette. Curtis Halvorson appealed his felony conviction for bringing contraband into a correctional facility. In 2015 the Iowa Supreme Court tossed out his conviction, ruling halfway houses were not under direct control of the Iowa Department of Corrections.

Only 10 of the 150 members of the legislature voted against this new law. Critics say it’s over-reached because there were already charges available to file against halfway house residents caught with weapons, drugs or other items classified as contraband.