You are here: Home / Crime / Courts / Mid-Prairie school board retains superintendent after volunteer found to be former sex offender 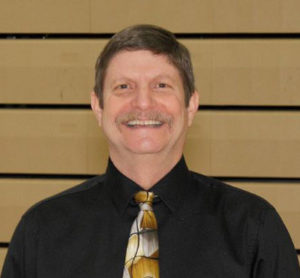 The superintendent of the Mid-Prairie School District will be keeping his job, despite letting a convicted sex offender serve as a school volunteer.

“The fact that we are all here tonight is because the administration failed to do their due diligence when investigating the true scope of Trent Yoder’s criminal past,” Corey said. Parent Tiffany Brenneman helped gather 473 petitions in support of the superintendent.

“I’m glad that the board feels the same as the rest of the outstanding people who signed that petition. I feel like we were a silent majority,” Brenneman said. Schneider had offered to resign if he didn’t receive support from the school board. All but one Mid-Prairie School Board member voted to let Schneider keep his job.

Back in 1998, Trent Yoder was a teacher in Anita — in western Iowa– when he was caught secretly videotaping a high school girl changing clothes. Yoder, now 47, spent a month-and-a-half in prison and served four years probation. He was removed from Iowa’s sex offender registry 10 years ago.

The Mid-Prairie District is organizing a community advisory board to draft new volunteer policies.