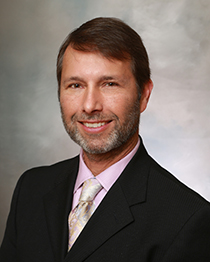 There are now two hospitals in Iowa offering a new treatment for stroke victims that removes clots in the brain, potentially reversing early symptoms that previously could have led to permanent damage. The University of Iowa Hospitals and Clinics in Iowa City and Mercy Hospital in Des Moines both offer endovascular thrombectomy.

Dr. Michael Jacoby, medical director at Mercy, calls the procedure a “profoundly important” new option. “It’s opened up a whole new avenue of stroke care in terms of an opportunity that wasn’t previously available to a large population of patients,” Jacoby says.

According to Jacoby, for about 20 years, doctors only had I-V medication to offer as an immediate treatment for stroke. “It’s only in the past couple years or so has a brand-new and in particular a very earth-shattering, or revolution, basically, in stroke care come to be in that we have this ability now to go in and take out clots that previously had resulted in devastating stroke,” Jacoby said.

Mercy recently reached adequate medical staffing to offer the procedure anytime an eligible patient arrives. Patients can be transported from other hospitals to Mercy or UI Hospitals and the window for beginning treatment can be as long as 24 hours. But, Jacoby emphasizes that with stroke – it remains critically important to get medical attention as quickly as possible for the best outcomes.