You are here: Home / Agriculture / Some farmers in northern Iowa have decisions to make on planting options 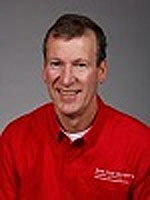 Farmers in northern Iowa have been making progress in catching up to the rest of the state when it comes to spring planting.

Iowa State University Extension field agronomist Paul Kassel, says the late arrival of spring weather is one of the reasons they’ve been behind. “Yeah, we are still blaming the snow from seven weeks ago or thereabouts. Stuff has just been really slow to dry out and we’ve had some rains…it’s kind of the northern two tiers of counties that are struggling. We are having some meetings this week to kind of address those issues,” Kassel says. Kassel says one of the things they are talking with farmers about is whether they should stick with corn or switch to planting beans.

He says sometimes the herbicides they put on are not good for beans, but there are some people who haven’t put anything on the fields yet and could switch to beans. Kassel estimates that one-third to one-half of the beans are still left to be planted, depending on the county. Kassel says there are some deadlines for crop insurance and other things that farmers need to factor into the decision on whether to plant corn or beans.

“The insurance coverage goes down starting on June one, so that’s one date. You just get less coverage,” Kassel says. “And then kind of an agronomic deadline we’re saying June 5th is kind of where the risk of lower yield on corn and high grain moisture at harvest really starts to favor a soybean crop just from an agronomic standpoint.” Kassel says the early spring snows were part of the problem — but he’s not sure why it has taken so long for the ground to be ready to plant.

“It seemed like just some of the fields were really slow to dry out. It’s still kind of a mystery why that was, so we are dealing with that,” according toe Kassel. “Parts of Emmett County had some really heavy rains and a week or so ago parts of Kossuth County — an area kind south of Algona — had some really heavy rains and people were just starting to get back in the field. And then we’ve had these scattered rains , anywhere from a one-tenth, two- tenths to inch-and-a-half. And a lot of times it’s the areas that need it the least and they are the ones that end up with the larger amounts.” While most of the area has been too wet to plant, not every farmer has had to sit and wait.

He says some of the fields with tiles were planted in late April and with the good weather they have really grown. Kassel says that can be the frustration of farming as one area of land might be too wet to work, and then you go a few miles and things are dry and looking good.