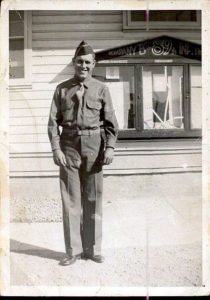 A World War II soldier from Eastern Iowa, declared missing in action nearly 74 years ago, was buried in his hometown Wednesday with full military honors.

Army Private First Class John Walker was believed to have died during a battle in Germany in 1944. But his body wasn’t identified until 2017, when DNA analysis confirmed the match. Walker’s remains were returned to his family and laid to rest at Elmwood Cemetery in Morning Sun. Walker’s brother, Robert, is thankful for the technology that made this possible and hopes it brings more service members home.

“You never expect to have happen after this long,” Walker said. “What I feel sorry for is…there are hundreds more out there who haven’t come home yet. I wish they could find them too.” The remains of a Korean War soldier were also buried in Iowa on Tuesday, after he was returned to his family in Cedar Rapids.