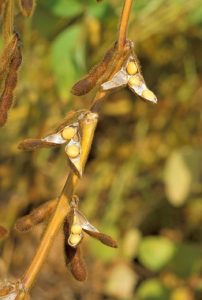 The Trump Administration is announcing direct payments to farmers who’ve taken a financial hit due to international trade disputes.

The U.S.D.A. also plans to buy dairy products, pork and other commodities like fruits and nuts for distribution to food banks. U.S. Agriculture Secretary Sonny Perdue spoke with reporters this afternoon by telephone.

“This, obviously, is a short-term solution that will give President Trump time to work on a long-term trade policy and deal to benefit agriculture as well all sectors of the American economy,” Perdue said.

Perdue said up to $12 billion is available for the effort and it does not require congressional approval.

“This program is intended to off-set the trade damage that we’ve seen facing our farmers in a number of commodities,” said Rob Johannson, the U.S.D.A.’s chief economist.

Direct payments will be made to dairy and pork producers as well as farmers who grow soybeans, sorghum, wheat and cotton.

“What this will do is provide some hope to farmers and ranchers that the president and the secretary do have their back,” said Greg Ibach, the U.S.D.A.’s undersecretary for marketing and regulatory programs.

U.S.D.A. officials say more details about this plan, including how farmers are to be paid, will be released in the coming days.

Several other Republicans in the U.S. Senate have issued sharper critiques. Kentucky Senator Rand Paul said this is “welfare for farmers.” Nebraska Senator Ben Sasse said Trump’s tariffs have cut the legs out from under farmers and these federal payments amount to “golden crutches.” Wisconsin Senator Ron Johnson said farmers want trade, not aid and he suggested the Trump Administration was steering the country’s free market economy toward a “Soviet-style” system where “commissars” decide how to “sprinkle” out government benefits.