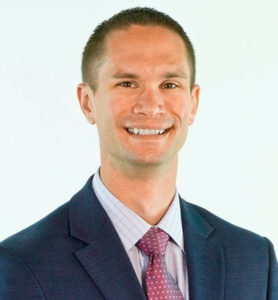 One week after tornado damage forced the evacuation of its patients to other hospitals, Unity Point Health-Marshalltown reopened its main campus this morning.

Dustin Wright, the hospital’s Vice President of Operations, says it’s been a long week since 43 residents were moved after last Thursday’s powerful twister. “It’s taken some adjustments from all of us but we’re here for the community and we did our best with some limited resources but we’re proud of the work we did in the aftermath of the tornado,” Wright says. “We’re excited to be back at the main campus again.”

It helped that the hospital has a fairly new medical park on the south side of Marshalltown, a building was not affected by the July 19th tornado.

“We had to cancel a few elective procedures on Monday, but for the most part, we’ve been able to sustain a lot of our operations,” Wright says. 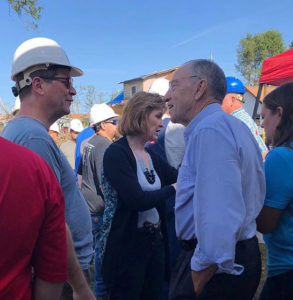 Senator Grassley meets with Habitat for Humanity members in Marshalltown.

One of the hospital’s free-standing clinics in the downtown area, a cardiology clinic, was destroyed by the storm. It is being relocated to part of the main downtown campus and is expected to be seeing patients again by the end of next week.

Senator Chuck Grassley, who visited Marshalltown this morning, says he anticipates the federal government will move as quickly as it can to provide disaster relief assistance.

“We’re going to do all we can to respond to the mayor’s request,” Grassley says. “When this assessment by FEMA is done, then we want the president to make sure we get a quick designation and get all the help that would normally go to natural disasters.”

Grassley says he could tell from what he saw after the tornado first hit through today that quite a bit of cleanup had already taken place, adding, he knows there is much more work to be done.