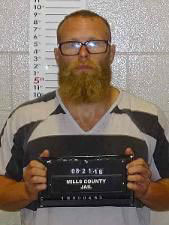 A teacher and coach in southwest Iowa is accused of sexually abusing a student.

Investigators say late last week, a juvenile female told them that Irvin touched her in the groin and buttocks area in late July or early August. She also said, in April, Irvin rubbed his genitalia on her bare feet.