You are here: Home / Education / Campuses at the three state universities see a drop in students this fall 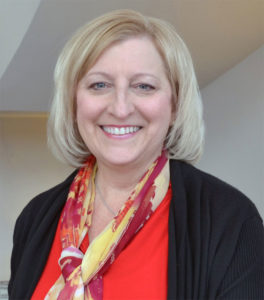 The fall enrollment numbers at the three state universities all show a drop compared to last year.

Doering, who is the associate vice president of enrollment management says they are doing a year-long study of the situation. “Which will allow us to really take a look at environmental scans, the enrollment landscape, the desired mix of the class, certainly aligning what our enrollment could and really should be with the understanding that as a land grant university we are all about serving every Iowan,” Doering.

Even with the drop, it is still the fourth largest fall enrollment for the Ames campus. “We’re pleased with this class, it’s a very health enrollment,” Doering says, “as far as where we want to be in the future — that’s something we’ll be determining over this next year.” There number of international students was down by 424. Doering says some of that is due to the political climate.

Doering says some of what they plan for will depend on the money that’s available. “Part of enrollment planning is making sure that we have the infrastructure and the funds to be sure that any student we welcome we can support and get them across the finish line,” according to Doering. “Certainly state appropriations, tuition revenue, all our sources of funding.” ISU says 59.2% of its undergrads are Iowa residents.

The University or Northern Iowa’s Associate Vice President for Enrollment Management, Matt Kroeger, says they anticipated their drop. “Total enrollment from last year is down 695 students and I want to say it’s 444 undergraduates and 251 graduate students,” Kroeger says. Kroeger says the number of new students was down.

“And also our incoming transfer students were down around 85 or 90 or so. So, the number of new students definitely had an impact on the total,” according to Kroeger. The drop has been figured into their budget.

He says they anticipated the decline in new students and they had a record graduation rate for students who graduated in three years or less. The Cedar Falls school has struggled to keep its enrollment up and he says that will again be a focus.

“We’re planning on doing that with both expanding our reach and increasing our market share of Iowa high school graduates. And those students coming from Iowa community colleges as well,” Kroeger says. “But also looking out of state. We feel that we have the opportunity to grow our nonresident freshmen and transfers as well — so it will take a combination of both of those.”

The University of Iowa also saw its enrollment drop. But the U-I’s Brent Gage, says that was by design. “We had several years where we were bringing in some of the largest classes we had ever brought in in the history of the university,” Gage explains. “And as we developed our strategic plan we really looked to more right-size the university to where we felt we could provide the optimal student experience.

The incoming freshman class has 4,806 students and Gage says it falls in the range they’ve been working on. “Which is kind of between 4,700 and 5,000 new incoming students. So, that is something that we’ve been kind of strategically working on doing the last couple of years,” Gage says. The U-I saw a drop in international students, and he says the competition for those students has gotten tougher.

“We’re also seeing that the dollar is just incredibly strong right now. So the buying power that the families had anticipated having — when it’s time for those students to leave — that’s not always the case that they thought it was going to be,” Gage says. Total enrollment this fall is 31,656 students — which takes some 1,300 doctoral students out of the count from last year under a new counting system now used by the Board of Regents.

Gage, who is the school’s associate vice president for enrollment management, says downsizing a bit has advantages. He says it gives the students better course selection and more open beds in the residence halls, which allows for returning and transfer students to live on campus. “For our physical plant and for our resources and our faculty we want to make sure that with the resources that we have that we’re providing the best possible education experience for the people who choose Iowa.”