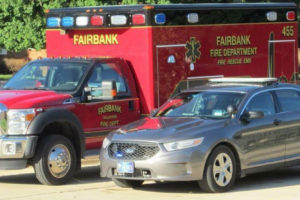 A 12-year-old boy died in a lawnmower accident this weekend in northeast Iowa.

The Buchanan County Sheriff’s Office identified the victim as Carson McGrane of Fairbank. Authorities say the boy was operating a riding lawnmower Saturday afternoon in Fairbank when the mower rolled on top of him. McGrane was taken to a hospital where he died. It’s believed

McGrane had shut down the mower, but it began to roll backward on an incline – hitting McGrane and pinning him underneath.