You are here: Home / Business / Consumers should use caution before leaping into holiday spending spree 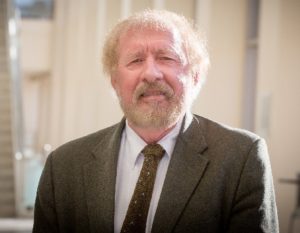 Iowa retailers may see profits rise six-to-seven percent in the holiday shopping season ahead compared to last year, but consumers may have several elements working against them.

“Don’t take on too much debt to support your holiday buying,” Goss says. “I think caution is advisable. There are some indicators that are less positive, for example, the stock market is moving sideways since the beginning of the year.”

A good way to limit spending is to use cash, not plastic, for all of your purchases, big and small, so you can keep a tighter reign on expenditures.

“If you go out and splurge on holiday presents for yourself and family and others, and you put it on debt, and that debt has flexibile interest rates, you could get really hurt with interest rates rising,” Goss says, “particularly if the economy softens a bit, as I think it will.”

Goss predicts online holiday purchases will rise up to 15 percent from last year and he notes many retailers are offering free shipping to compete.

Goss says some Millennials are shifting away from buying clothes and gadgets and are spending money on experiences, like trips. While these types of purchases don’t factor into retail spending, Goss says they will provide a similar boost to spending on holiday travel.