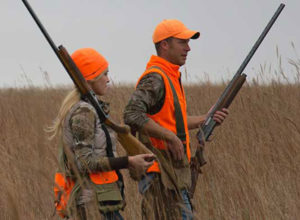 The first shotgun deer season got underway Saturday along with another round of testing for Chronic Wasting Disease.

The Iowa DNR’s Tyler Harms says they ask hunters to provide samples for testing as they try to keep track of the disease in the wild deer population. The first positive test was report in 2013 and most have been in northeast Iowa. “We now have 28 positives in the state. Twenty-five in Allamakee County in northeast Iowa two in Clayton County and then one in Wayne County — which is in the south-central part of the state,” Harms says.

The DNR increased the number of samples it takes from the areas where positive results have been seen in the past in order to get a better idea on if CWD is spreading. Harms says the DNR has a way for hunters to find out if their deer tested positive.

“We’ve designed an online system that allows hunters to visit our website, www.dnr.gov/hunting, and look up the results from the tissue samples that they submit to us,” according to Harms. Harms says the system is easy to use.

He says hunters can order their DNR customer ID or the number of the deer tag and get the results in a timely manner. Harms says the hunters have been very cooperative in providing the samples to help track the disease.

The DNR says  nearly 3,000 samples have been provided so far, but that is less than half of the goal.

CWD can be spread easily among deer and causes them to get sick, and always results in death. The first shotgun deer season runs through December 5th. The second shotgun season will start December 8th and run through the 16th and the late muzzleloader season will be December 17th to January 10th