You are here: Home / Human Interest / Study ranks Iowa driving costs among lowest in the country 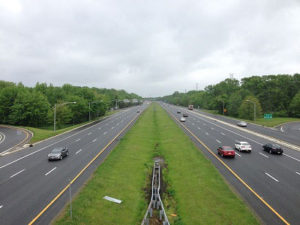 Iowa again ranks among the best states in the country for motorists, according to a report from a personal finance website.

Adrian Garcia, a data analyst for Bankrate.com, says they compared things like annual insurance premiums, road conditions and commute times in all 50 states. “Bankrate looked at seven different measures related to cost as well as driving quality and safety,” Garcia says. “We used the most recent data we could find from government sources, research organizations and industry groups.”

The reports are done every two years. In this latest report, Iowa placed 2nd in the national rankings, up from 3rd in 2016. “Despite all the investment in public transportation as well as services like Uber and Lyft, a lot of us are still getting behind the wheel to drive,” Garcia says. “That’s the most popular way people are still commuting throughout the country. It really makes a difference if you are driving in an Iowa or Nebraska versus a California, Florida or New York.”

The average Iowa driver pays about $1,000 a year for car insurance, while the average California driver pays $1,700. Likewise, commute times in Iowa average 19 minutes versus 29 minutes in California, which ranked 50th on the list. “Living in Nebraska or Iowa, the states that rank near the top of the list, you can feel good about your commute,” Garcia says. “Although you may sometimes be frustrated, generally, it’s better than living in California or New Jersey when it comes to being on the roads.”

The report finds 11% of Iowa’s roads are of poor quality, compared to last-place California where 44% of the roads are in poor shape. The best state for drivers, according to the report, is North Dakota, followed by Iowa, Ohio, Minnesota and Nebraska.

The worst state is California, followed by Hawaii, Connecticut, New Jersey and Washington.