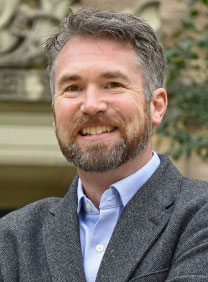 An Iowa State University researcher says the successful effort to cut prescription drug abuse could lead to an epidemic with illegal drugs.

Professor David Peters says the measures taken to cut back on prescription opioid abuse have led to fewer deaths. “It’s been falling pretty steadily and so that’s kept Iowa’s overall rate of opioid deaths relatively stable,” according to Peters. “But more worryingly what we find is that deaths from heroin — which is a type of opioid — and synthetic opioids like fentanyl have been steadily rising since 2012.”

Peters says a new crisis is on the way. “I believe that this temporary stability we have is going to be short live and we are going to find our opioid deaths increasing in the next few years from these elicit opioid substances — not the prescription pills,” Peters says. He says as the prescription supply of opioids dry up, a switch is underway.

“People who are long-term addicts are just simply switching to heroin, which is cheaper and more easy to attain,” Peters says. “And this heroin is often mixed with these synthetic opioids — which can be a hundred to several hundred more times more potent than morphine. And that’s where you get this spike in overdose deaths as people aren’t use to taking these highly-potent heroin-synthetic mixtures.”

The efforts to cut back on the number of prescription drugs and get people to turn in unneeded prescription drugs has worked to stem the supply. Anderson says new tactics will now be needed. “Really efforts have to turn to drug enforcement. Particularly targeting criminal organizations, gangs, particularly Mexican gangs are the ones that bring those illegal substances into the country and distribute it,” Peters says.

He says things are going to return to the way drug issues used to be.”The opioid crisis is looking more like a traditional drug problem like cocaine was several years back. And it’s less of an administrative issue like we had with the prescription problems,” He says Federal law enforcement will have to do more to enforce borders and local drug task forces will have to go after those who distribute drugs in local communities.

Peters says the new wave will hit the larger cities first. “Because heroin and synthetics are illegal substances, they tend to be easily distributed where there are drug organizations or criminal organizations that distribute drugs. But they will eventually make their way to rural counties,” Peters says. He says eastern Iowa will be the first to see an influx as the illegal drugs come from Chicago.