You are here: Home / News / Search on again for Iowa’s best burger 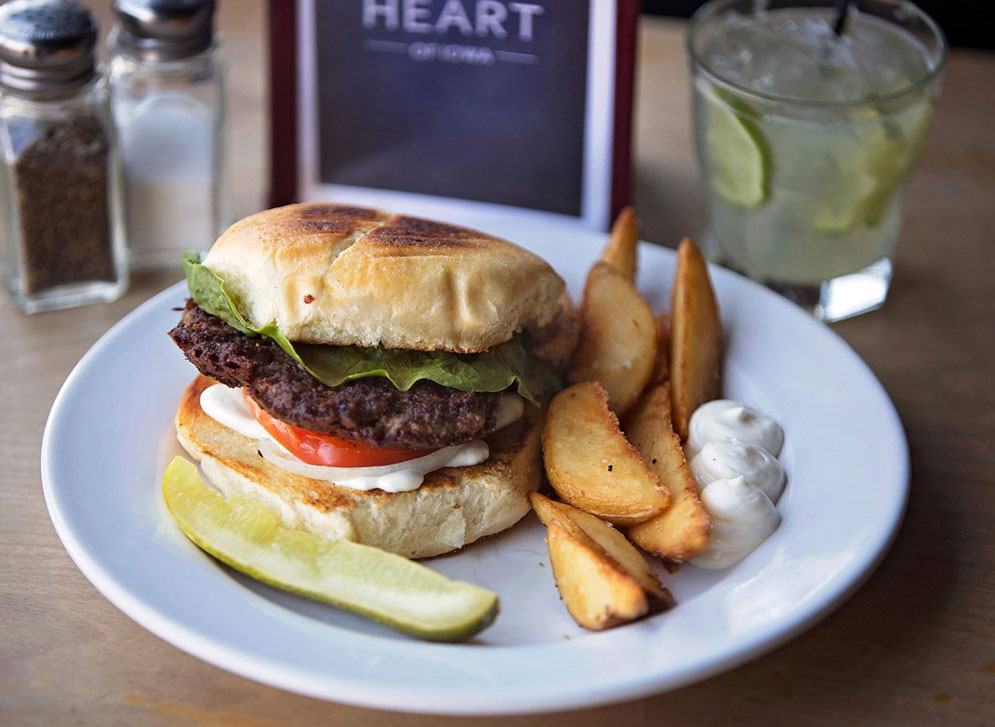 Last year’s winner from the Cafe Beaudelaire in Ames.

Whether it’s covered with melted cheddar and grilled onions or just topped with the traditional ketchup, mustard and pickles, Iowans are being enlisted to help find the state’s best burger.

Kylie Peterson, spokeswoman for the Iowa Beef Industry Council, describes the qualifications for the annual Best Burger Contest. “The burger can have any combination of condiments and toppings but the burger is judged based on the taste of the patty and the appearance and the proper cooking temperature, which is 160-degrees,” Peterson says. “We’re also looking for a patty that is 100% beef.”

Learn more about the contest and cast a vote at: iabeef.org. The deadline for entries is March 11th and Peterson says the finalists will be named a week later. “The top ten will be announced on March 19th and after that, a secret panel of judges will visit each top ten restaurant to help determine the winner of the Best Burger Contest,” Peterson says. “The winner will be announced to kick of the start of May Beef Month on May 1st.”

Last year’s winner was Café Baudelaire in Ames. In 2018, nearly 10,000 nominations from around 700 restaurants were received for the contest.