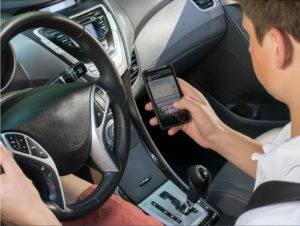 A senate committee has unanimously approved more than tripling the fine for people caught handling their smart phone while driving.

Drivers gripping their cell to text or talk when they’re involved in serious accidents could have their driver’s licenses suspended for three months if the bill becomes law. Senator Jeff Danielson, a Democrat from Cedar Falls, said modern technology provides plenty of “hands-free” options for drivers.

“I am a fire fighter,” Danielson said during the Senate Transportation Committee meeting Wednesday afternoon. “…It is a pretty common occurrence on accident scenes to see the phone somewhere on the dash, in the driver’s seat on and clear that they were using it during the accident.”

Senator Mark Lofgren, a Republican from Muscatine, said as a runner, he’s worried about drivers distracted by their smart phones.

“It’s dangerous out there,” Lofgren said during the committee meeting. “The last few years, as I run through intersections and everything, you have to be really careful.”

The current fine for drivers caught texting and driving is $30. This bill would raise that to $100. Drivers involved in serious accidents while they’re texting or handling their cell phone could be fined $500. If the accident causes a death, the fine would jump to $1000. The bill cleared the Senate Transportation Committee Wednesday afternoon and is now eligible for debate in the full Senate.