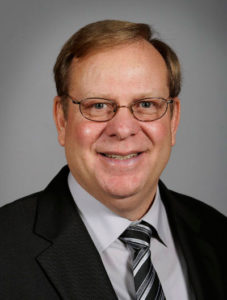 A bill to let Iowa utilities charge a new fee to customers who install solar panels is among the policy proposals that have cleared a procedural deadline in the legislature.

Senator Michael Breitbach, a Republican from Strawberry Point, said it’s fair for all customers to pay for the maintenance of utility infrastructure. “The average, everyday person can understand how the utilities have a cost for lines, poles and transformers,” Breitbach said during today’s Senate Committee Committee meeting. “The solar customter uses those features…to transmit the power out and get power back in when they’re not producing.”

Senator Joe Bolkcom, a Democrat from Iowa City, said the bill is a “power grab” by the state’s investor-owned utilities.

“Iowa’s largest utility monopoly is trying to pull the plug on Iowa’s growing solar industry by creating a new ‘sun tax,'” Bolkcom said. “The new sun tax will kill good jobs and make it virtually impossible for Iowa businesses, farmers (and) homeowners to continue to cost effectively invest in generating their own power.”

A similar bill cleared a House committee earlier this week. Bills dealing with state taxes and spending are eligible for consideration at any time, but bills about other policy objectives must have won approval in a House or Senate committee by the end of this week.