You are here: Home / Agriculture / Senate votes to bar use of state funds to buy, idle farmland 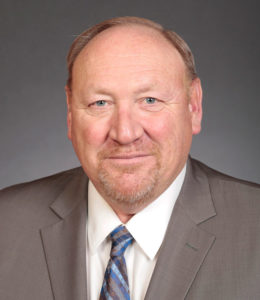 The Iowa Senate has passed a bill that would prohibit the Iowa Natural Heritage Foundation from borrowing money from a state fund to purchase land for water quality projects.

Senator Tim Kapucian, a farmer from Keystone, is among the 31 Republican senators who voted for the bill. “This bill is simply putting in place the intent of the original law and that is none of these dollars are to be spent for land acquisition and that’s all we ask here,” he said. “We want to continue to do water quality projects, use this money for what it was intended for.”

Farmers in the senate said too much Iowa farmland has been taken out of production for conservation projects, making it difficult for beginning farmers to buy land. Democrats like Senator Rob Hogg of Cedar Rapids said the bill will undermine efforts to create wetland areas upstream that will reduce downstream flooding.

“This is a practical tool that Iowa has had to help fight future flood damage and we’ve got a bill here to take that away.” Hogg said. “That is one of the cruelest, meanest things you can do, especially while half the state of Iowa is underwater.”

The bill passed on a mostly party-line vote. One Republican voted against it and one Democrat voted for it.