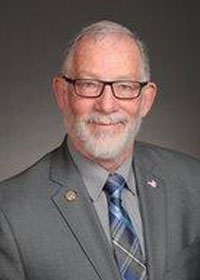 The Iowa House and Senate have approved changes in the threshold for passing the exam college graduates must take before they may be hired as a teacher.

“It’s great that they do know their content, but we shouldn’t make it so unattainable that they choose to leave our state,” Sinclair said.

The current cut-line for test results screens out far more teachers in science, for example, because fewer prospective teachers are taking that part of the test. Republican Representative Tom Moore of Griswold, who was a teacher for 33 years, said passing a test doesn’t mean you have the skills to motivate students.

“Iowa was number one in education for many, many years and we didn’t have this false standard that was placed in front of us,” Moore said. “I didn’t have to take the test and I believe I became a quality teacher.”

Moore had hoped to eliminate the test altogether, but he supports this compromise. College graduates who fail the test can take it again. The bill would let school districts hire someone to teach in their first year out of college if they’re planning to retake the test. The bill passed the Senate unanimously last week and it passed the House last night on a 71-28 vote. It’s now headed to Governor Reynolds who has not commented publicly on the concept.