You are here: Home / Human Interest / Iowans asked to help Stamp Out Hunger this weekend 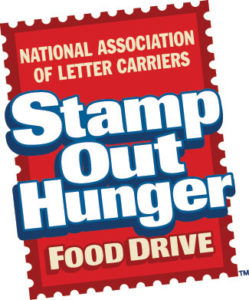 U.S. Postal Service letter carriers across Iowa will be doing more than just delivering the mail this Saturday, according to Harley Tapper, the postmaster of Webster City.

Tapper says, “Letter carriers, both city and rural, will be picking up non-perishable food items to support the local food pantries.” Postcards are going out to all Iowans this week to remind them of the annual Stamp Out Hunger Day, sponsored by the National Association of Letter Carriers.

Many Iowa homes will also be given a plastic grocery sack as part of the effort. “There’s a bag you can put your non-perishable items in, put it out by the mailbox and we’ll pick it up,” Tapper says. “The community has always been real supportive.”

Last year, the food drive nationwide brought in more than 71 million pounds of food. Since 1993, it’s been America’s largest one-day drive, each year on the second Saturday in May.