You are here: Home / Crime / Courts / Iowa fugitive on ATF’s ‘most wanted’ list arrested in Montana 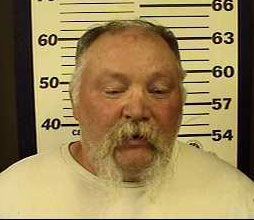 A man classified as a “dangerous fugitive” by federal officials and wanted in Iowa on a weapons charge was arrested last week in Montana.

The ATF says Elma, Iowa, was the last known address they had for 62-year-old Michael Duane Strain.

U.S. Marshals arrested Strain at a remote ranch on Native American land in Montana. The Bureau of Alcohol, Tobacco and Firearms had listed Strain on their list of 15 “most wanted” fugitives. According to a news release, Strain has a criminal history that includes possession of explosive devices, trespassing and fleeing a peace officer.

Officials say Strain is part of the “sovereign citizen” movement. The FBI describes the movement as “domestic terrorists” who say they “don’t have to answer to any government authority, including courts, taxing entities, motor vehicle departments, or law enforcement.”