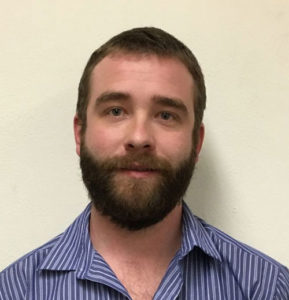 Bill Barnhart, a U-I professor of earth and environmental sciences, says it’s a testament to Californians being well prepared for this type of disaster.  “They experience earthquakes frequently, not necessarily of this magnitude, but they’re aware of the earthquake hazard out there and they are prepared for that,” Barnhart says. “They know what to do during an earthquake, which is to stop, drop and cover to protect themselves from falling debris.”

Early damage estimates approach 100-million dollars from the two big quakes, in addition to hundreds of aftershocks. Barnhart says they’re the two largest quakes to hit southern California in 20 years, but the buildings there were constructed to withstand the shaking. Plus, these were centered in areas a good distance away from major population bases, like Los Angeles, and they weren’t along the San Andreas fault, which most people link to “the big one.”

“This is one of the first times that the earthquake early warning system in southern California was active and was able to send people warnings that shaking was coming,” Barnhart says. “It gave them a critical couple of seconds to react and to do what they needed to do to protect themselves from falling debris.” Barnhart is a geodesist, one who studies how the ground moves in response to earthquakes.

Thursday’s quake measured 6.4 on the Richter scale while Friday’s quake was a 7.1 in magnitude. They were felt in Iowa, sort of.
“We were able to sense the earthquake here with seismometers, instrumentation that records vibrations that spread out through the earth,” Barnhart says. “As far as shaking, the shaking dies off over fairly short distances so nobody felt it here in Iowa.”

The last earthquake that could be felt by people in Iowa was in 2016 and it was centered in Oklahoma. The last big quakes in our region were in the mid-1800s and they were centered in Missouri and Tennessee.

“Generally, Iowans are pretty safe from earthquakes,” Barnhart says. “I think Iowa has the least amount of earthquakes of any state in the United States, maybe second to Florida.” He says it’s a matter of when, not if, a major earthquake will hit California and he says it could be in our lifetimes. Still, it wouldn’t be such that a large chunk of the state would fall off into the ocean. That, Barnhart says, is the stuff of movies.