You are here: Home / Health / Medicine / Study: Agricultural lifestyle may be contributing to allergic reactions 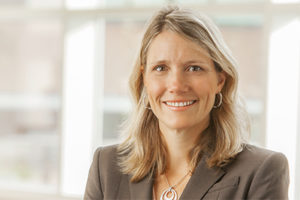 Researchers are finding up to 30% of Midwestern farmers are suffering from an allergic disease that’s linked to their agricultural lifestyle — and rural residents who don’t farm may also be at risk.

Jill Poole, a professor of allergy and immunology at the University of Nebraska Medical Center, says rural areas have unique allergens, especially in parts of Iowa where there’s been heavy flooding.

“Not all farmers have allergies but that doesn’t mean they don’t have symptoms,” Poole says. “There’s a lot of nasal symptoms, sinus symptoms, and respiratory problems like coughing, wheezing and chest tightness and that has also been on the rise. There’s lots of exposures in the rural environment that you don’t see in the urban environments.”

There’s organic dust in grain elevators and in animal confinement facilities, whether it’s poultry, dairy or swine, and Poole says hardly anyone wears a mask.

Exposure to pesticides can also trigger symptoms and there are other hazards, like with what’s known as grain smut or grain rot from significant rain or flooding.

“Farmer’s lung is that exposure that can cause chronic and even debilitating lung disease if the exposure persists,” Poole says. “If it’s caught early and you remove yourself from the exposure, there are things like steroids and medications that can be used to treat. Catching it too late, there’s less we can do for this disease.”

Poole says vitamin D supplements may help to reduce inflammation from being exposed to some bacteria on the farm. Other things that can help include omega 3 fatty acids and fish oils.

Overall, Poole says there’s been a steep rise in allergies over the last 20-to-30 years, now with prevalence in up to 50% of all Americans.