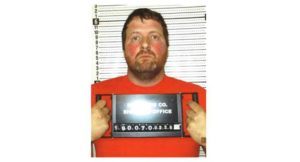 Jury selection got underway today (Monday) in the trial of a northeast Iowa farmer accused of killing his wife. A judge moved the trial for 43-year-old Todd Mullis from Delaware to Dubuque County.

Mullis is charged with first degree murder of his wife, Amy. He has pleaded not guilty. Mullis is accused of fatally stabbing Amy in the back with a corn rake on their farm near Earlville last November. Authorities initially believed she suffered the injuries in an accidental fall, but after an autopsy the State Medical Examiner classified her death as a homicide.

Mullis was arrested in February. Since then, he’s been held in the Buchanan County Jail on $5 million cash-only bond. His trial was originally set for May 13th in Delaware County District Court and then rescheduled for August 19th, but it was pushed back a third time after his request for a change of venue was granted.

Amy and Todd Mullis had been married for 14 years at the time of her death. She was 39 years old.