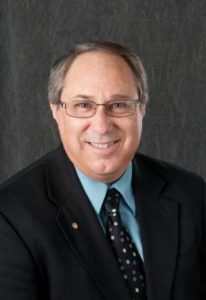 The State of Iowa is getting a $10 million federal grant to develop new strategies for improving maternal health.

Thirty-nine pregnant Iowa women died in the past three years.

“I think we need to worry about it,” Dr. Stephen Hunter, a University of Iowa professor of obstetrics and gynecology, told Radio Iowa. “We’re talking about mothers and babies in our state. We don’t want to lose them through pregnancy. That’s a terrible tragedy for a family to go through and I think the general population needs to become more aware of the issue.”

Hunter suggested a variety of factors are contributing to the maternal mortality rate in the U.S. and in Iowa. Eighteen of the Iowa women who died in the past three years during a pregnancy died from factors “associated” but not directly related with the pregnancy, according to Hunter.

“Things like suicide, mental health issues, drug overdoses, unrestrained motor vehicle accidents, homicides — all of those things are more common with pregnant women,” Hunter said, “so we need to deal with those.”

The number of obstetricians in Iowa, per capita, is lower than any other state.

“Thirty-four rural hospitals have quit doing labor and delivery since the year 2000 in our state,” Hunter said. “We lost eight just in 2018, so access to care is starting to be a real concern.”

Hunter will lead the team working on the five-year project and they plan to establish new training programs for doctors, nurses and midwives who agree to serve pregnant patients in rural areas.