You are here: Home / Education / 22.8% of female undergrads at ISU say they’ve been sexually assaulted 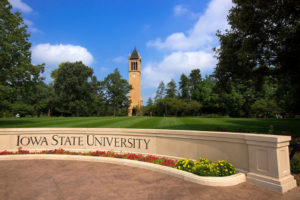 A new survey finds more than one in five women who are Iowa State University students say they have been the victims of sexual assault during their college career.

The Association of American Universities surveyed students at 33 institutions across the country, including about 4,800 at Iowa State University.

It’s a follow-up to a 2015 survey and ISU’s results show about a one-and-a-half percent increase in the number of female, male and transgender students who say they have been sexually assaulted.

Nearly 23 percent of women undergrads at ISU said they’d been assaulted. In a written statement, Iowa State University president Wendy Wintersteen said the survey results will help refine programs that move closer to the goal of preventing sexual assault and misconduct on the Ames campus.

Iowa State officials say they’re seeing an improvement in the number of bystanders who are willing to intervene, as three-quarters of those who said they had witnessed troubling behavior took some sort of action. The national survey found virtually no male victims and only 16.5 percent of female victims of campus sexual assault reported it to campus or city authorities.

In addition, the majority of incidents occurred on a campus or on property affiliated with one of the 33 universities, including fraternity houses and residence halls.