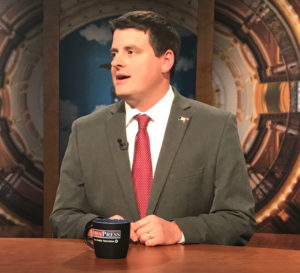 The new leader of Republicans in the Iowa House says increasing the options Iowa parents have for child care is likely to be a priority in the next legislative session.

Pat Grassley’s GOP peers elevated him to the role of House Speaker-select earlier this month and the House Republican Caucus will reconvene soon to discuss its 2020 agenda. “In the conversations we have had, I can tell the issues that we have before us. It’s going to be things like workforce,” Grassley says. “…Our caucus is going to be interested in issues of child care, not just access, but issued of affordability.”

This past spring, the Iowa House sent the Senate a bill that would significantly boost the state tax credit Iowans may claim for child care expenses. There are hundreds of millions of dollars worth of other tax credits already offered to businesses and individual taxpayers. Next Wednesday, Grassley and nine other legislators who are part of a review committee will hold their first meeting to discuss the full range of state tax credits.

“We’re not out to try to just dismantle every tax credit. That’s not the intention of what we’re trying to do,” Grassley says. “I think there’s a lot of them that we probably can look at and say: ‘OK, could this money to spent better doing something different? Could we re-purpose it and try to use it in a different manner?'”

Grassley made his comments on “Iowa Press” and the program will air tonight on Iowa Public Television. During this morning’s taping, Grassley said he has no interest in changing Iowa’s non-partisan process for re-drawing legislative district lines after the next census.

“I’ve been very clear that I will not support changing the redistricting,” Grassley said. “I went through probably the most expensive primary as a sitting legislator that anyone’s ever been a part of. If anyone have any problems with it, I think I would qualif for that, but I don’t think we should change the process. We have a good process in the state.”

When legislative district lines were reconfigured for the 2012 election, Grassley and fellow House Republican Annette Sweeney of Alden lived in the same district and had to run against one another in a primary, which Grassley won. This January, when the legislature convenes, Grassley’s title will change from Speaker-select to Speaker after he’s formally elected in a public vote on the House floor.