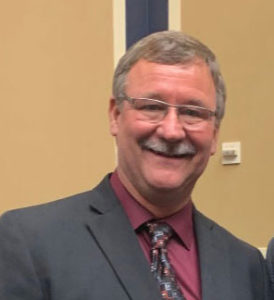 “The EPA is taking actions that have dramatically undermined the market,” said Kelly Nieuwenhuis of Primghar, the board president for Siouxland Energy in Sioux Center.

Nieuwenhuis testified before the House Committee on Energy and Commerce this morning. “I’m taking time away from harvest because today’s topic is critically important,” he said. “Plain and simple, the EPA’s abuse of small refinery exemptions under the RFS is crippling rural America.”

A bipartisan group of lawmakers, including Congressman Dave Loebsack of Iowa City, have proposed legislation that would force the EPA to publicly disclose which small refineries get a pass on blending ethanol into gasoline as well as the economic basis for those decisions. Geoff Cooper, president and CEO of the Renewable Fuels Association, told lawmakers 19 U.S. ethanol plants have been idled or closed in the past year and a half.

A spokesman for the oil industry told committee members the Renewable Fuel Standard is “a threat” to small refineries.

“Our nation’s more than 50 small refiners are national security assets. They’re critical sources of our fuel supply. They employ tens of thousands of woman and men across the country and they are the lifebloods, again, of communities all across the country,” said Chet Thompson, president and CEO of The American Fuel and Petrochemical Manufacturers.

He accused the ethanol industry of distorting the impact of the EPA’s waivers to small oil refineries.

“The government’s own data demonstrate that biofuel consumption and blending are at or near all-time highs,” Thompson testified.

A spokesman for biofuels industry testified government data indicates ethanol demand fell from 2017 to 2018 and, so far this year, demand is 500 million gallons lower than expected.