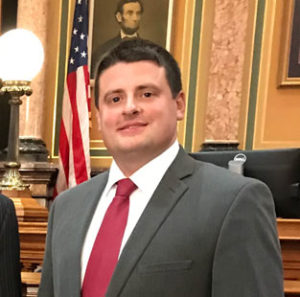 A panel of lawmakers met yesterday to review the dozens of state tax credits that are available.

Republican Representative Pat Grassley of New Hartford, a member of the committee, is also Speaker-Select of the Iowa House. He said some credits are decades old and it’s hard to know how they’ll impact the budget from year to year.

“We want to show that we’re trying to make sure we’re modernizing these tax credits, that we’re getting value in our tax credits,” Grassley said. “I think that’s something that we need to be looking at.”

But Grassley cautioned that any changes to tax credits will be hard to pass because he expects strong opposition from interest groups. The State of Iowa paid out more than $200 million in tax credits during the last state fiscal year. Some of the largest awards go to large companies through tax credits for research, employment and training programs. Representative Chris Hall, a Democrat from Sioux City, said that cuts into revenue that could go toward education or health care.

“We need to give serious attention to it and we can’t just say an introduction to the topic is good enough,” Hall said.

It’s unclear how the committee will move forward from here. The Republican co-chairs of the group would not commit to another meeting before the 2020 legislative session starts in January.