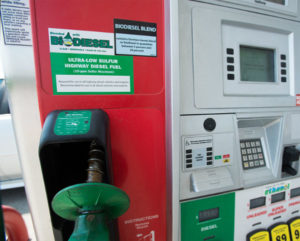 Officials with Iowa’s biodiesel industry are in Washington D.C. this week, pushing members of Congress for promised extensions of tax credits.

For two years, biodiesel plants have operated under the promise that tax credits will be renewed, but Congress hasn’t passed the necessary bills for 2018 or 2019. Western Iowa Energy President Bradley Wilson says the industry can only hold on for so long.

Wilson says, “Quite frankly, if they do not do ’18 and ’19, you’ve already seen some plant closings but it’s nothing like you’re gonna see next year if they don’t take care of it this year.” Wilson says meetings this week with Democrats and Republicans in both chambers were positive. He’s looking for a bill yet this year that includes tax credits for 2018, ’19 and ’20.

Iowa Senator Chuck Grassley met with some of the biodiesel industry leaders and recognizes they need the promised legislation. Grassley offered one biodiesel plant’s math as an example. “Without the tax credit, there’s a $5 million loss. With the tax credit, there’s a $5 million profit, so that’s a $10-million swing,” Grassley says. “If we don’t get this done it’s probably going to be shuttered.”

Grassley says that would eliminate 30 jobs. Several biodiesel plants have already been forced to close this year. Traditional and cellulosic ethanol producers have also reduced production and laid off workers.

(By Amy Mayer, Iowa Public Radio/photo courtesy of the Iowa Biodiesel Board)